Mission of our Advisory Board

The JdVS Foundation is committed to spreading awareness and educating communities about Jansen de Vries Syndrome (JdVS). Crucial to this part of our mission is being actively involved and informed about research related to JdVS. We are thrilled to be connected to a variety of committed medical professionals, researchers and educators who have taken an interest in JdVS.

The purpose of the JdVS Foundation Medical Advisory Board is to assist us in interpreting all current JdVS research and to answer specific, medical and scientific questions. The other primary objective will be to review future research proposals. The JdVS Foundation is committed to supporting research into the PPM1D gene through the awarding of research grants from charitable funds raised. We hope to be able to support many research projects in the future.

The Medical Advisory Board consists of individuals with a wide variety of experience and expertise who were chosen very thoughtfully by our Board of Directors. As we develop relationships with additional medical and scientific professionals and rare disease stakeholders, we expect to add more members to our team.

Meet the JdVS Medical Advisory Board 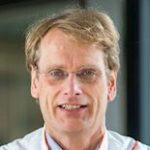 Dr. Bert de Vries is a clinical geneticist and Principal Investigator at the Department of Human Genetics and Donders Institute for Brain Cognition and Behavior in Nijmegen, The Netherlands. His central research theme for more than 25 years has been the clinical and molecular study of neurodevelopmental disorders such as intellectual disability and autism. His research aims to phenotype patients with neurodevelopmental disorders to identify genetic mutations and unravel genetic networks underlying intellectual disability and autism. He was involved in the introduction of whole exome/genome sequencing which led to identification of the causative genes for Schinzel-Giedion Syndrome, Bohring-Opitz Syndrome, Cantu Syndrome and de novo mutations in various genes for intellectual disability and autism such as the PPM1D gene implicated in Jansen-de Vries Syndrome. 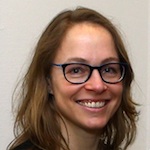 Sandra Jansen is a clinical geneticist in training at the Department of Clinical Genetics, Amsterdam UMC, Amsterdam, The Netherlands. She combines her clinical work with her PhD research project at the Department of Human Genetics and Donders Institute for Brain, Cognition and Behaviour, Radboud University Medical Center, Nijmegen, The Netherlands. The focus of her research is improving phenotyping in individuals with intellectual disability and finding new causative genes in neurodevelopmental disorders. During her PhD she and her colleagues described a novel neurodevelopmental syndrome which is caused by de novo mutations in PPM1D, Jansen-de Vries syndrome. 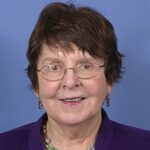 Dr. Cynthia Curry, MD is active in both clinical and academic genetics. She is a Professor of Pediatrics Emerita at UCSF and has practiced her entire career with UCSF Fresno. Dr. Curry’s research interests include syndrome delineation in the fetus and newborn, pregnancy loss, thrombophilia, and the multiple causes of intellectual disability, including JdVS. Dr. Curry continues to work with other researchers to identify and understand the clinical presentation of JdVS to support early diagnosis and treatment. Dr. Curry has presented her findings on the clinical and behavioral presentations of JdVS patients at medical conferences and is considered an expert in her field. Dr. Curry’s specific interest in JdVS led to the community of identified patients known today and she has been instrumental in connecting families and growing the JdVS network. 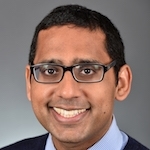 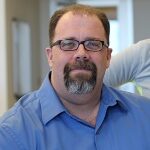 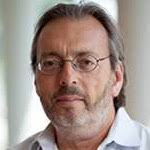 Dr. Herb Lachman, MD is a physician/scientist at the Albert Einstein College of Medicine whose main research interest is the molecular and genetic basis of psychiatric disorders, autism spectrum disorders, and intellectual and developmental disabilities. Dr. Lachman uses induced pluripotent stem cell (iPSC) technology to model these conditions in the lab. iPSCs are generated from white blood cells or skin fibroblasts using a technique discovered by Dr. Shinya Yamanaka, which earned him a share of the 2012 Nobel Prize in Physiology or Medicine. iPSCs can be turned into virtually any cell type in the body, including neurons. Thus, patient-specific neurons can be developed in the lab from a blood sample – a truly monumental scientific achievement. The Lachman Lab, and scores of other labs throughout the world are using iPSCs to identify molecular and cellular pathways that are disrupted by mutations that cause a host of conditions. Dr. Lachman and his staff have produced several iPSC lines containing JdVS mutations in the PPM1D gene, which are currently under investigation using modern experimental tools, such as RNA sequencing and proteomics, to identify genes and proteins, respectively, that are disrupted in JdVS-specific neurons. The Lachman Lab also uses the gene editing technology known as CRISPR to introduce patient-specific mutations into iPSCs derived from typically developing controls to recreate dysfunctional neurons without having to rely on patient samples – an important advance when studying rare disorders where patient access is limiting. The 2020 Nobel Prize in Chemistry was awarded to two CRISPR pioneers; Jennifer Doudna and Emmanuelle Charpentier. The goal, of course, is to use these 21 st century technologies to identify novel therapeutic strategies for JdVS and other neurodevelopmental conditions. 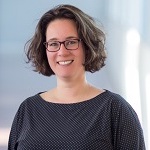 Lisenka Vissers is an associate professor at the Department of Human Genetics of the Radboudumc, Nijmegen, the Netherlands. She is a molecular geneticist who studies the molecular mechanisms underlying rare genetic disease, and intellectual disability in particular. She has a talent for bridging the gap between fundamental research and clinical application, resulting in a strong record of productive and translational research of novel state-of-the-art genome-wide technologies, including genomic microarray CNV detection as well as exome and genome sequencing. This has not only fostered fundamental research into mutational mechanisms, but also significantly shifted paradigms for medical genetic disorders, increasing the diagnostic yield for patients with severe intellectual disability to ~60%. Moreover, the use of these technologies allowed her to contribute to the discovery of >85 novel disease genes, including PPM1D, causing Jansen-de Vries syndrome. She is (co)author of >120 papers in peer reviewed journals, including senior authorships in Nature and the New England Journal of Medicine.

Connect with our JdVS Medical Professionals

Jansen de Vries Syndrome Foundation is very fortunate to have an incredible Medical Advisory Board to help support families and medical professionals just learning about JdVS.  Please feel free to reach out to us with your questions.